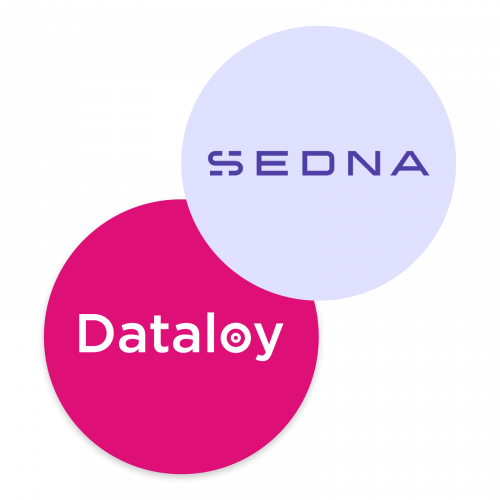 SEDNA is a fast-growing digital workspace provider creating a world-class platform and experience that delivers velocity, context, and certainty to our customers’ most important outcomes.

SEDNA is based in London and Vancouver and is led by founder and CEO Bill Dobie.

You deserve the best ecosystem

Enable a tailored MyMessages experience for operators and post-fix teams

Work seamlessly across the Dataloy and SEDNA platforms

SEDNA has created an enhanced integration framework that allows users to update data in platforms like Dataloy based on data received in emails without having to switch applications. Through the SEDNA Link feature, third-party data and workflows are embedded around messages in SEDNA so information can be updated and actions taken between both systems, without having to leave the SEDNA interface. This framework also enables users to insert data in SEDNA messages, e.g. voyage schedules, with a few clicks without requiring copying, pasting or formatting.

Dataloy VMS integrates using SEDNA’s open API to maintain SEDNA Job References based on Dataloy voyages, time charters and user assignments. SEDNA automatically tags messages with these Job References and enables users to filter their inbox to view only messages tagged with voyages and time charters they are assigned to, or only the messages for a specific fixture or vessel. This dramatically reduces noise, errors and missed messages, particularly for post-fixture teams receiving thousands of messages per day.

Dataloy sends specific data to SEDNA over an API connection. The integration does not rely on sharing of common data and does not require specific user permissions in either platform. 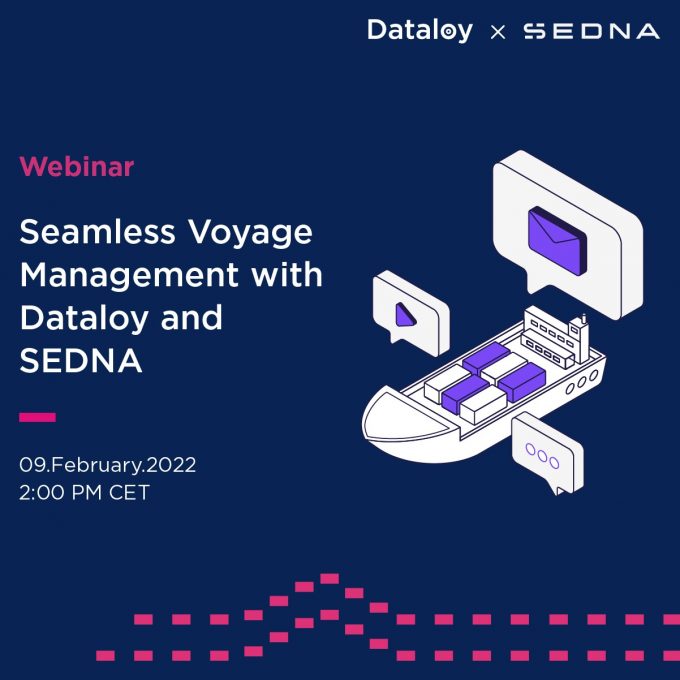 Shipping is a global, high-speed, and information-intensive industry that runs 24 / 7 / 365.

Vessel managers need to stay on top of thousands of emails per day and sync this core data in their voyage management system (VMS) to operate smoothly. A single missed email could result in financial losses and missed opportunities.

How to manage email overload?

Automatic message intelligence, ETA and SLA tracking, and integrations built for industry-standard software–including Dataloy –are driving the delight of SEDNA customers and their clients.

Start powering your business with the only inbox solution purpose-built for modern shipping operations.

Stay updated with our newsletter!

Stay updated with our newsletter!

© 2019 Dataloy Systems AS. All Rights Reserved.

This website uses cookies to improve your experience while you navigate through the website. Out of these cookies, the cookies that are categorized as necessary are stored on your browser as they are essential for the working of basic functionalities of the website. We also use third-party cookies that help us analyze and understand how you use this website. These cookies will be stored in your browser only with your consent. You also have the option to opt-out of these cookies. But opting out of some of these cookies may have an effect on your browsing experience.
Necessary Always Enabled
Necessary cookies are absolutely essential for the website to function properly. This category only includes cookies that ensures basic functionalities and security features of the website. These cookies do not store any personal information.
Non-necessary
Any cookies that may not be particularly necessary for the website to function and is used specifically to collect user personal data via analytics, ads, other embedded contents are termed as non-necessary cookies. It is mandatory to procure user consent prior to running these cookies on your website.
SAVE & ACCEPT